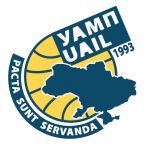 It is the seventh day, that Ukraine is standing against the Russian Federation in the course of full-scale armed aggression on its territory and a belligerent war against Ukrainian statehood, its sovereignty, and democracy.

Reaffirming the respect for the Charter of the United Nations, the Convention on the Prevention and Punishment of the Crime of Genocide of 1948, the Geneva Conventions of 1949, basic principles and rules of international humanitarian law, we shall recall that guaranteeing of the human right to life and rebuff to armed aggression is the erga omnes obligation of states (obligations towards the whole international community).

For the period of conducting a belligerent and aggressive war against Ukraine, the Russian Federation has committed and continues to commit war crimes and crimes against humanity.

The Ukrainian people, primarily the civilian population, suffer from the Russian airstrikes, including cruise and ballistic missiles, vacuum bombs and cluster munitions, and other types of weapons, which are by nature indiscriminate and which are prohibited by international law.

Ukraine does not ask any country to fight for it, but calls on the North Atlantic Treaty Organization and its member states to establish a no-fly zone over Ukraine, which will protect the civilian population of Ukraine from rocket fire and bombing.

During seven days of the war, by means of airstrikes, bombings and rocket attacks hundreds of civilian women, children and men were killed and a large number of civilian infrastructure and residential buildings were destroyed. This includes medical facilities, maternity hospitals, schools, kindergartens, world cultural heritage sites in the cities and villages of Ukraine.

Council of Rectors of Ukrainian Institutions of Higher Education